March Madness: An “Experiential Commodity” with Money for the Men, Only Fame for the Women, and an Illusion for the Fans

It’s time for March Madness again, the scrambling tournament to determine the number one men and women’s National Collegiate Athletic Association (NCAA) Division I collegiate basketball teams in the United States. Teams from universities all over the U.S. will compete for 19 days, and every game will be televised.
For the men’s division 68 teams will play 67 games. The women will start with 64 teams to determine their championship team, but that is where the similarities between the two tournaments end. In addition, this event has become one of the “Spectacular Experiences,” that is, an ultimate commodity produced for mass consumption. But more on this in a minute.
Nearly everyone associates March Madness with the men’s tournament, and the NCAA encourages this gender bias. Over 45 years after the passage of Title IX, women constitute 44 percent of all college athletes, yet they are over 55 percent of the all undergraduate students. Women’s sports receive 32 percent as much travel money as men’s sports, 29 percent as much recruiting resources, 22 percent as much for equipment and supplies, and 16 percent as much for all other operating expenses. And there is a lot of money made from both tournaments, but the women are clearly cheated in the distribution of these mega-dollars. 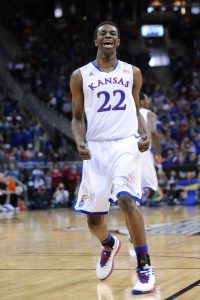 Last year the NCAA made over $1 billion dollars from March Madness for all the various revenue sources. These include ticket sales, corporate sponsorships, media fees and the plethora of television ads that come with the televised games. The most lucrative source of money are the television rights. Starting in 2010 the NCAA signed a fourteen-year, $10.8 billion contract with CBS Sports and Turner Broadcasting, paid over the fourteen-year term. The deal was extended in April 2016 for another combined total rights fee of $8.8 billion that will keep the tournament on these networks until 2032. The NCAA will earn an average of around $900 million annually, or about 90% of its annual revenue from March Madness.
And the players, who are central to making this all happen are not paid anything. But the university programs do make money. Each team’s conferences will get a piece of a $220 million pot of money. For each game a team plays, its conference gets a payout, spread over six years. For playing one game the team’s conference gets roughly $1.7 million. If a team makes it all the way to the final game, it can earn as many as five units, totaling $8.3 million. If a team makes the final game from the first-four bracket, it could earn a total of six units. And of course, none of this includes the billions that will be bet, legally and illegally, on the tournaments over the three weeks that they are played. 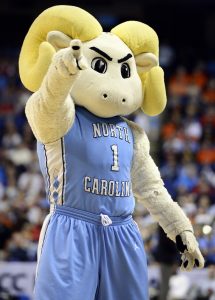 March Madness is just one of the many “Spectacular Experiences” which generate billions in revenue, and which creates the illusion of community and meaningful times. The commodification of everyday life, which is one of the hallmarks of capitalist society, creates a reality in which the satisfaction of needs on all levels is sublimated or suppressed into the commodity form.