What is the Possible Breadth and Scope of Human Science? 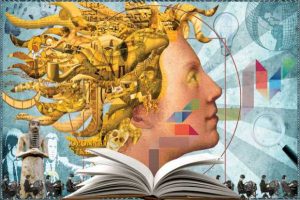 Human Sciences are embodied with multiple features that distinguish its approach and body of work from the natural sciences.  “We can identify three main intentions in the modern human sciences: description, interpretation and the reconstruction of meaning structures” (Rothberg, 1991, p. 1). Each of these aspects or intentions gives clarity and definition to the pursuit of understanding and knowledge which is defined as a “second main form of science” (Rothberg, 1991, p. 1).  Human science is not just about investigating what the human realm is all about, but rather in gaining knowledge to better the human condition. In practicing human science we must be clear that within the area we have decided to attempt to investigate, our goal is to describe what is going on with the individuals or group, interpret what the activities, aims and outcomes are and finally to reconstruct the meaning of these aspects, as to how they constitute assertoric knowledge that meets the criteria our scientific approach, method and discipline.  In short, our inquiry as human science must be a holistic account which elucidates the complexity of all of the features and aspects of the area of inquiry (Creswell, 2013, p. 47).

The existential and transpersonal experiences and meanings of the individuals and/or group who are participating in our inquiry may or may not reveal scientific knowledge.  What is revealed may be something totally unexpected as an outcome or result and/or unexplainable given our method and approach.  We may have to decide to change our focus of inquiry, methods of investigation and involve the participants in developing the descriptions, interpretations and definitions of the meaning of this experience (Creswell, 2013, p. 47).  In human science our philosophical and epistemological assumptions demand that we incorporate various methods into the inquiry to bring about a richer understanding of what we are observing. “In most qualitative studies, the central problems are to identify how people interact with their world (what they do), and then to determine how they experience and understand that world: how they feel, what they believe, and how they explain structure and relationships within some segment of their existence” (Locke, Spirduso & Silverman, 2014, p. 99).

As  human scientists, we must establish our relationship to the inquiry so that it is clear where we are “coming from” in regards to our own historical presuppositions, assumptions, potential biases, and so on.  The “idea of the ‘researcher-as-instrument’ central to many styles of qualitative research emphasizes the potential for bias” (Robson, 2011, p. 157). In addition, many of the approaches of human science research call for the direct observation as a technique of inquiry.  While it “seems to be pre-eminently the appropriate technique for getting at ‘real life’ in the real world” (Robson, 2011, p. 316) it is not trouble free in so far as the presence of the inquirer creates an effect on the activity, and thus the outcome of the results of the inquiry.  Methods of approach exist to mitigate this, but it is impossible to eliminate some influence.  Again, this is another aspect of placing our involvement as part of the human science inquiry so that the evaluation of the knowledge gained takes this into consideration (Robson, 2011, pp. 317-324).

In the relationship of expanding knowing (epistemology) by refining our insights, it must be said, that understanding is not the same as knowledge. At one level of abstraction it could be said that the “progression” of epistemology is from perception to information to understanding to knowledge to wisdom, with each new level requiring a deepening of meaning and consensus. Somewhere in here is also awareness, sense, belief and certainty, to say nothing of truth. This opens up a whole vast area of discussion in each of these levels of what are really relationships with the world. If we can accomplish all of the aspects laid out above, hopefully we will have scientific knowledge worthy of the name human science.

Rothberg, D. (1991). Inquiry in the realm of meanings: The idea of human sciences. Theories of Inquiry Learning Guide. PDF for Saybrook Resources.