What is Unique about Human Science? 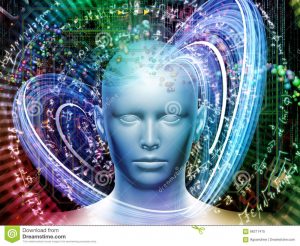 If you look at a testimony of love from 2,000 years ago it can still exactly speak to you,

whereas medical advice from only 100 years ago is ridiculous. –

It would seem that human sciences emerged as a rejection of the philosophical, methodological and epistemological underpinnings to ‘standard’ science, which held that only knowledge that was absolutely certain, objectively obtained and re-verifiable was worthy of consideration as meeting the criteria of “scientific knowledge” (Polkinghorne, 1983; Bentz & Shapiro, 1998; Creswell, 2013).  As the discourse over the validity of these underpinnings to “standard science” progressed, it became clear that even in the natural or hard sciences that many of these tenets were untenable (objectivity, unbiased, value-free, apodictic knowledge, and so on).

At the same time, the long-term debate over how to do scientific inquiry into the human realm evolved to accept that there needed to be unique methods and standards for human sciences.  That assertoric knowledge, derived from methods like phenomenology, hermeneutics, grounded theory, ethnography, case studies, narrative inquiry, arts-based research, and other approaches could give us insight into individual and group experiences that qualified as scientific knowledge of acceptable certainty was ultimately accepted.  One aspect of this acceptance was to overtly claim that the researcher came to the inquiry with a pre-existing bundle of cultural and paradigmatic predispositions that were part of the context of doing research, not in a controlled laboratory setting, but in the real world, where a more faithful inspection of processes and experiences of the participants could be examined.  Thus, more accurate descriptions of activities and interpretations of meaning were attainable, and therefore the knowledge gained would be of a higher quality in its correspondence with reality.

In addition, human sciences have a perspective that scientific inquiry is purposeful beyond the simple attainment of insight.  Knowledge is to be used to alter or transform the world to make it a more human place, where the potential of human beings can be furthered towards their full realization.  Science for science sake is not a valid or relevant position for human science with so many challenges facing the global situation of humanity.  Perspectives from seemingly radical or alternate world views (indigenous, feminist, queer, minority, class, gender, disabled, and so on) are encouraged to join the dialogue and present their unique insight and certainties to the community for review and validation as new and needed knowledge.

It seems to me that several points about ‘standard’ science should be explored. The first is to remember Gregory Bateson’s statement, “Science never proved anything.” ‘Standard’ science’s application over the last 300 years to the hard sciences, engineering, medical and technological aspects of reality has created incredible advances in these areas (automobiles, airplanes, space travel, laser surgery, radiation therapy, cell phones, satellite communication, and so on).  That these advances have both liberated and enslaved human society is still under investigation, debate and a search for resolution.

The discussion over whether or not “great discoveries” of science had anything to do with ‘standard’ science (or at least the much touted scientific method) has continued since the debate was furthered with the writings of Kuhn, Adorno, Marcuse, Habermas, Harrington, Polanyi, Feyerabend, and others.  There is no doubt, however, that there is a place for the ‘standard’ view of science and its application to its appropriate fields.

Advancements in technology, especially those produced during economic crisis and war, usually completely outstrip the social relations and human capacity to incorporate them in a long-term strategy for survival and freedom, ergo the ecological crisis and NSA surveillance of everyday life as two diverse examples. The globalized commoditization of all aspects of reality has brought out a major contradiction in the ‘standard’ application of science.  These “advancements” have created a human reality that it (‘standard’ science) cannot investigate for a solution on the individual or collective level.

‘Standard’ science, it could be argued, has thus become both a political ideology and an integral component of the means of production, working for an economic system that “owns” (for the want of a better word) the political apparatus of society(ies). In this context, democracy is a sham and the headlong rush to make profits at the expense of future generations is unable to be mitigated or controlled by the will of the world’s population.  The ideological nature of ‘standard’ science permeates academia, scientific research, corporate and private laboratories, and governmental agencies. Hence the need for the development of alternative ethical and scientific methodologies and philosophies, in the hope that there can be an alteration to the path of the capitalist definition of “progress” and a transformation of world history in a direction which is committed to stopping ecological and cultural destruction.  Re-subordinating “market forces” to the needs of people, societies and the environment requires new, maybe even revolutionary, approaches to inquiry, understanding and purpose. Human science may have this potential. Our task is to help fulfill this possibility.

To me, knowledge is always grounded in a spatial, temporal and cultural context, shaped by the social, political and economic forces at play in the particular time and place.  Echoing Marx, we can differentiate humans from other animals any way we choose, the human species differentiates itself by the fact that it makes its own world, its own history and its own future.  This making of the world is a primary aspect of humanness, with a multidimensional dialectic between the creation/evolution of consciousness, language, technology, spirituality and all other aspects of culture driven by what is possible in the given environment and stage of cultural development.  Metaphorically, all culture is derived from the top six inches of top soil and how it is appropriated by the given society to meet physical and social needs.

Knowledge is accumulated in this process and passed on, first internally and inter-generationally and subsequently between groups where they meet and exchange various aspects of their existence (words, concepts, food, tools, and so on).  At some point the power of knowledge is recognized and retaining its power as a valuable asset that can increase control over others and the environment becomes manifest in cultural institutions (shamanism, religion, political structure, for example).   Control of the cultural group (clan, tribe, society, nation, and so forth) and access to a greater share of material goods may follow. Various persons and groups vie for this control of resources and power, and what it brings.  Groups evolve specializations and differentiation within their society, each with its hold on their respective viewpoints and corresponding knowledge.  Knowledge may be shaped, controlled and morphed into ideology, that is, “warped, bent, and distorted” in order to allow the “owners” continued privilege and power. Recognition of the difference between knowledge and ideology becomes crucial.

Today we speak of postmodern, postcolonial, anticolonial, paradigms and deconstruction of prior (and current) views of the world.  In opposition to, and complimentary to, dominant ways of knowing, characterized as encompassing a broad spectrum, i.e. White, male, bureaucratic, technological, positivist, linear, hegemonic, imperialist, colonial, militaristic, racist, misogynist, homophobic, hyper-capitalistic, neo-liberal, and so forth, a variety of other viewpoints have evolved.  Feminist, Chicana feminist, Black, queer, gay, lesbian, Black lesbian, indigenous, Asian, Latino(a), Indian, colonized, marginalized, and other perceptions are evolving, combining, metamorphosing and being elaborated to give us different qualities, groundings and expressions of world views.

The task of evaluation, determining if it is up to the task of being knowledge (as opposed to delusion, opinion, or ideology) has not gone away.  Acceptance of the validity of someone’s, or some groups, unique perspective is one thing.  A multitude of epistemologies and ontologies exist, if we base the definitions of these terms to accept this, and I think we can.  At the same time, there are universal “truths” of humanness that unite us all as a species, and beyond that as a species-being, with a common genetic package and common potentialities.  We need, as a species, to learn that it is our unique capability to fulfill so many various destinies, each valid, truthful and valuable, that unites us all.  The current hegemonic regime likes us at odds.  We need to end this and human science can help by engaging in this task in inquiry and education and promoting this view and its praxis.

Rothberg, D. (1991). Inquiry in the realm of meanings: The idea of human sciences. Theories of Inquiry Learning Guide. PDF for Saybrook Resources.